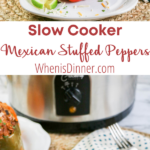 Slow Cooker Mexican Stuffed Peppers are delicious individual green bell peppers filled with brown rice, ground beef, seasonings, black beans, cheddar cheese, and enchilada sauce. This recipe is perfect for a weeknight dinner because it’s easy to make and everyone in your family will love it. 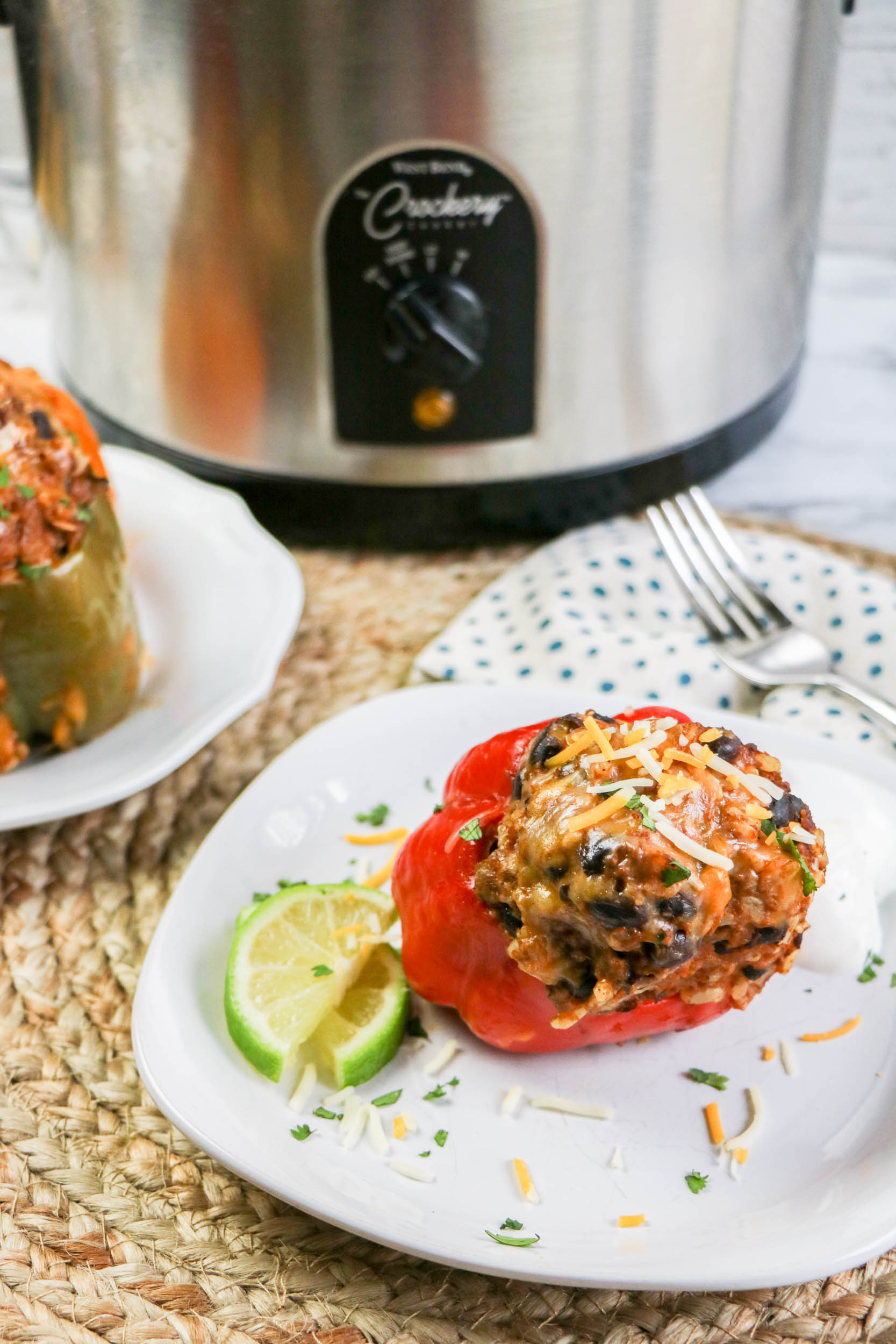 This old-fashioned dish is healthy and can be prepared and started earlier in the day so you don’t need to spend time making it at night. It’s made with rice, but you can easily leave that out if you’re on a keto diet. The best way to make these stuffed peppers is to follow the steps in this recipe and alter it to fit your tastes and preferences. This classic dish is perfect for serving to your family or bringing with you to a get-together. 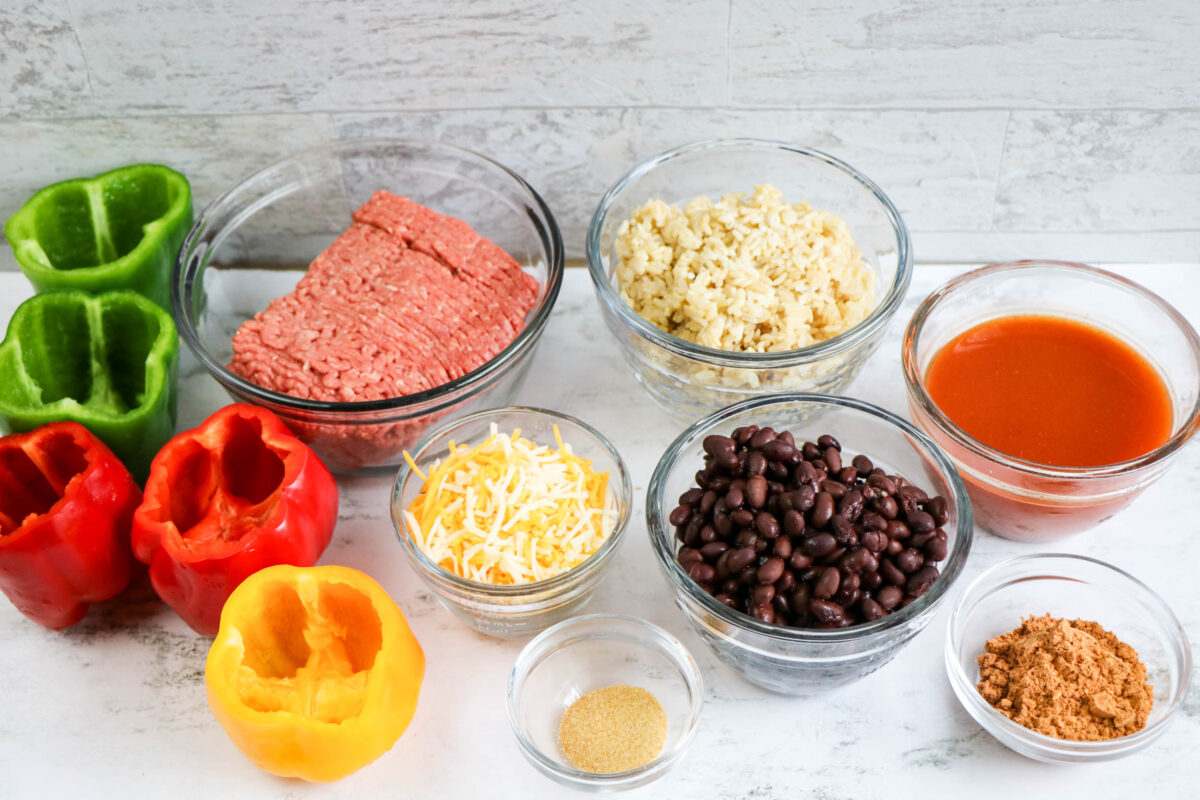 Prepare a slow cooker by spritzing the liner with nonstick cooking spray. 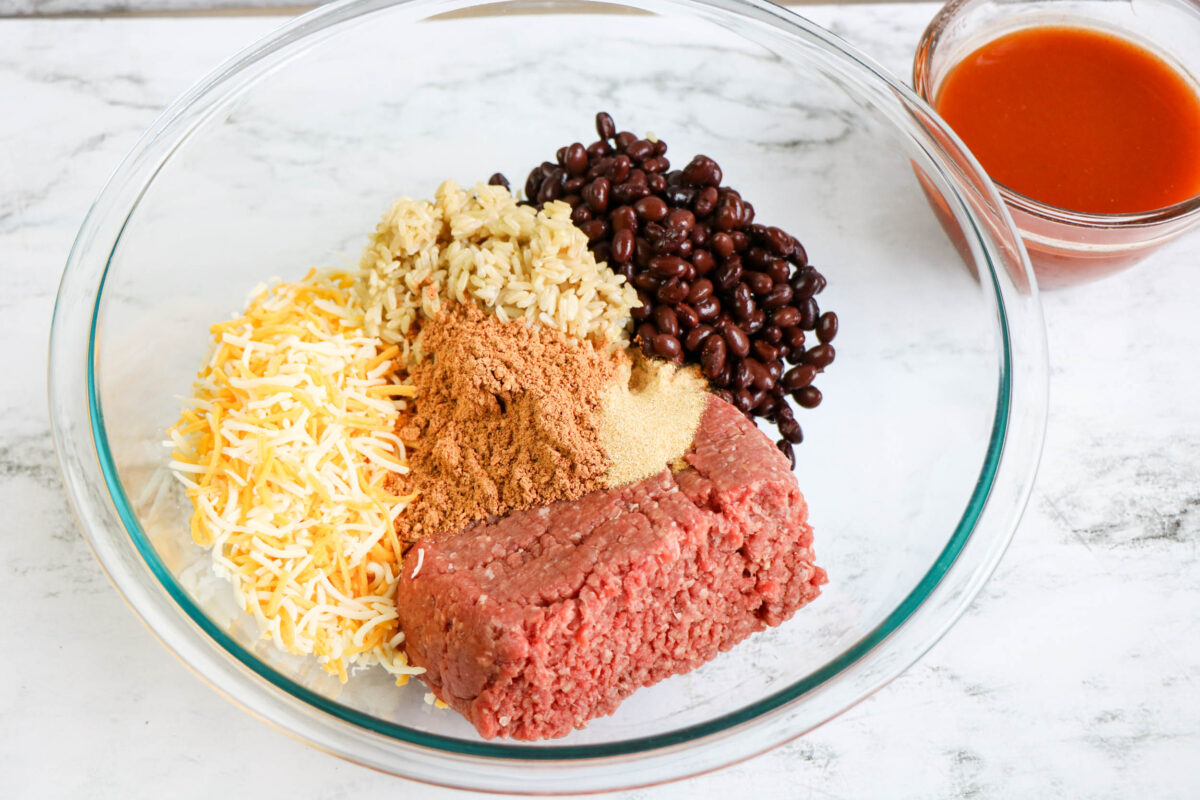 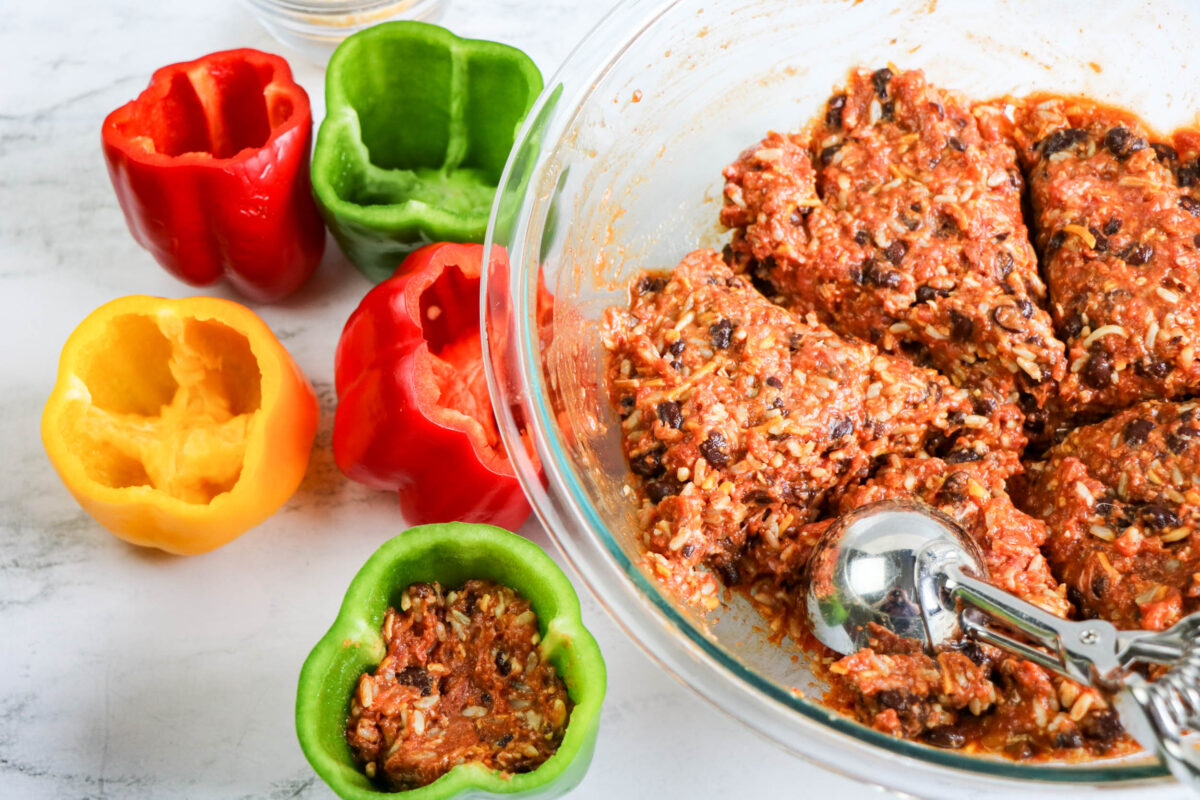 Scoop the mixture into each of the bell peppers, mounding at the top. 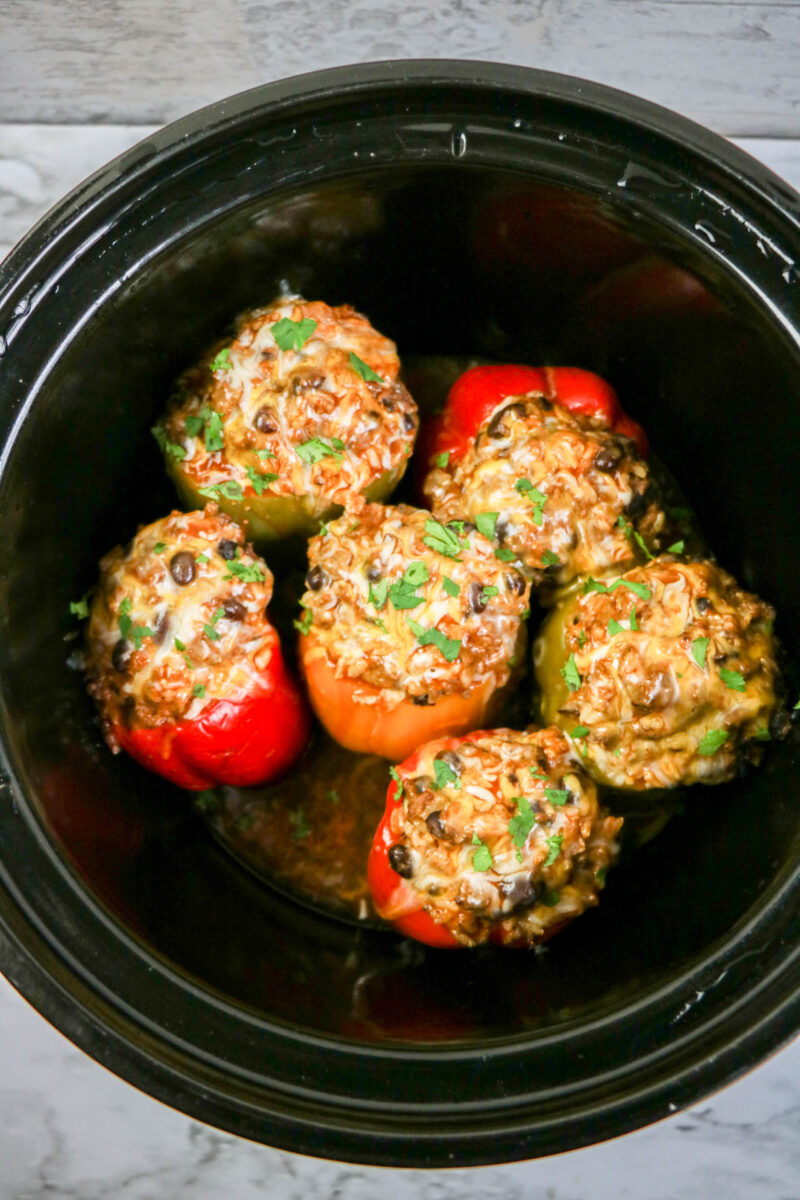 Place the stuffed bell peppers into the slow cooker. 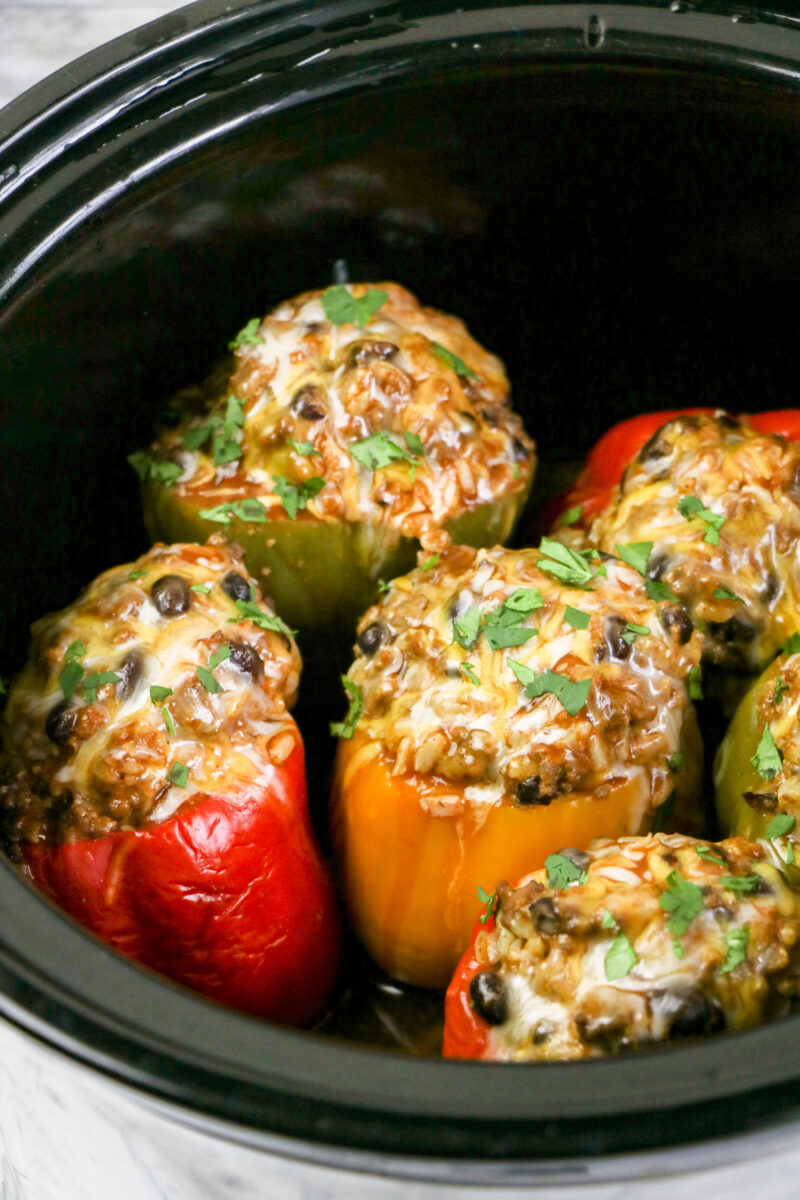 Cover the slow cooker and cook on low for 4 to 6 hours or until an instant read thermometer inserted into the center bell pepper reaches 165 degrees. 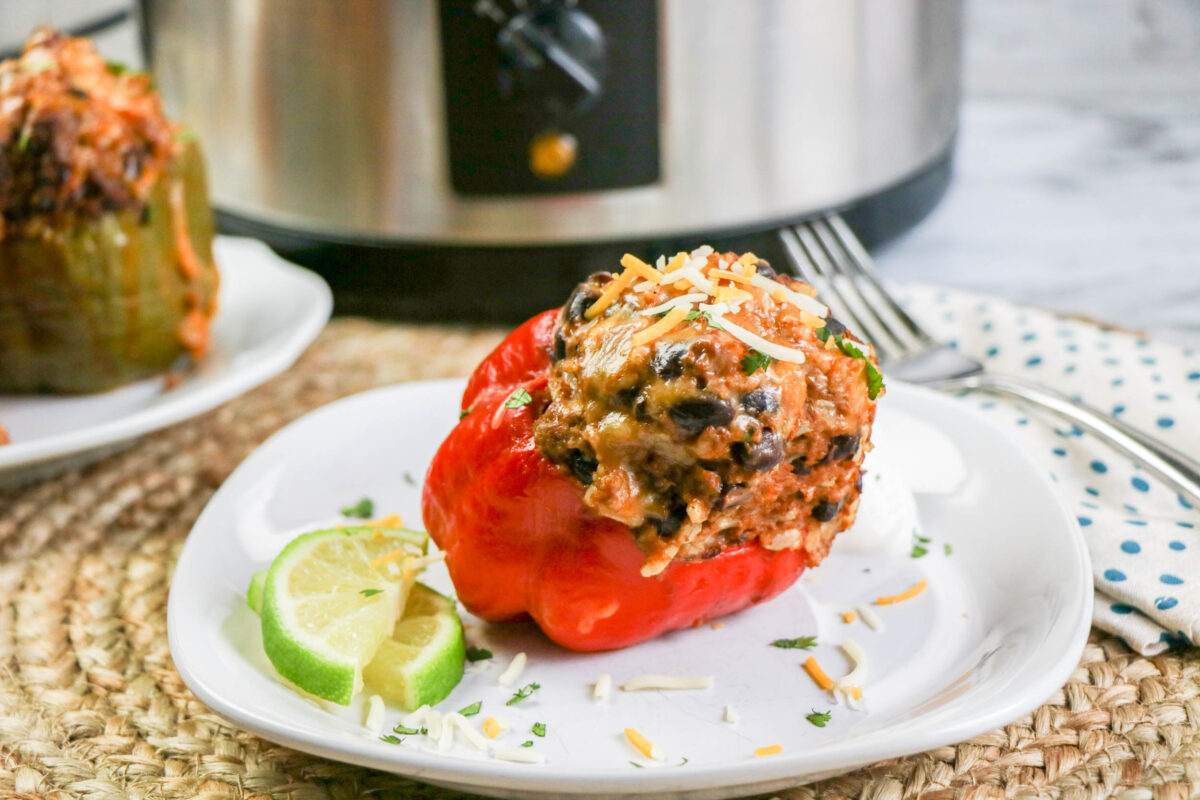 Prior to serving, pour remaining enchilada sauce over the stuffed bell peppers and top with remaining cheese.

Replace the lid until the cheese has melted. 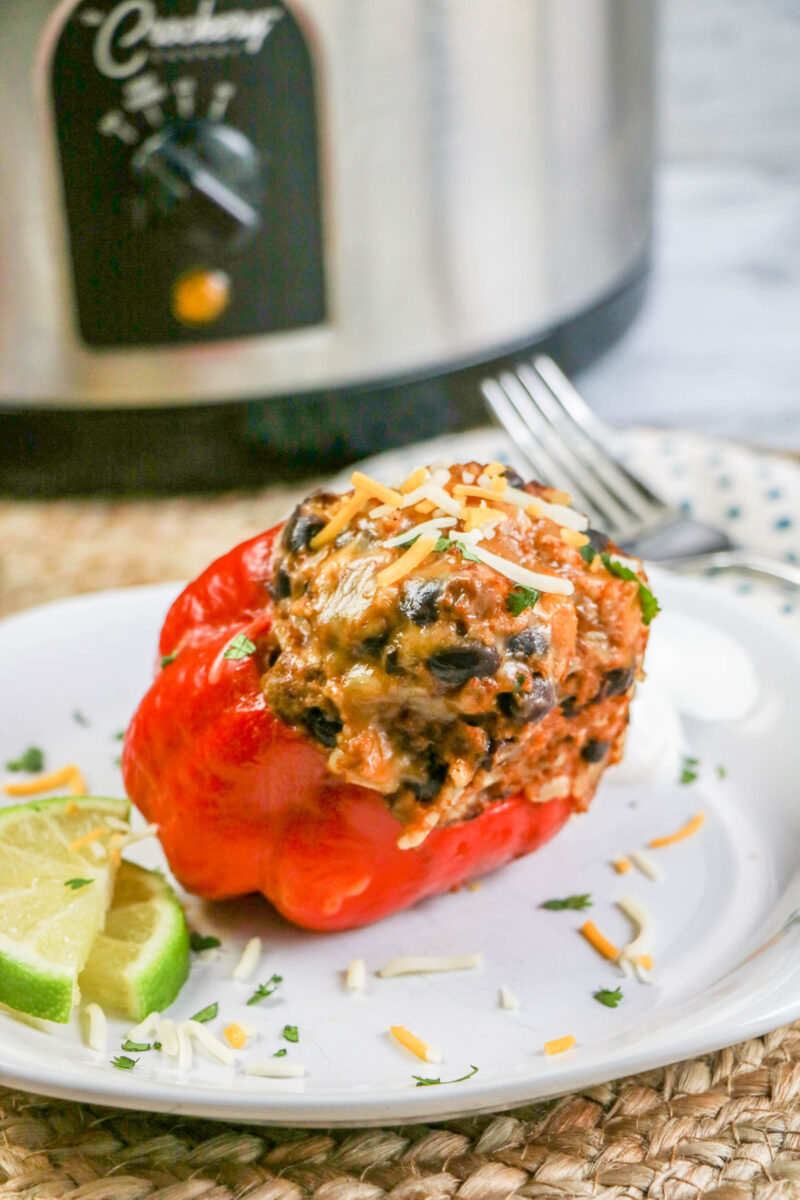 Here are some tips for success that will make your stuffed peppers amazing.

These slow cooker Mexican stuffed peppers take about four hours to cook. The key is to get them to 165°F before removing them from the crockpot.

When you take them out of the slow cooker allow them to cool slightly before serving them since they’ll be very hot inside. Cut them open for kids so the insides cool even faster.

These stuffed peppers are perfect for dinner any night of the week. Here are some variations that you can use to make them fit your tastes.

You can keep any leftover stuffed peppers in an airtight container in the refrigerator for up to five days. To reheat them, put them in the microwave in 30-second increments until they reach an internal temperature of 165°F.

These are also great to freeze and save to bake later. In order to do this, make the filling and put it in the peppers.

Then wrap them up in plastic wrap, put them in a freezer bag, and freeze for up to three months. Be sure to label them with what they are and the date.

Should peppers be boiled before stuffing?

There’s no need to boil these peppers before stuffing them with the meat mixture. Since they are cooking in the crockpot, they will be soft enough when they’re done.

How do you keep stuffed peppers from getting soggy?

Be sure that you have cooked out all the extra liquid from the meat mixture in the pan before adding it to the middle of the bell peppers.

How long do peppers take to soften in the oven?

When you’re cooking these peppers in the oven, it will take around 45 minutes to an hour for the peppers to fully soften.

Should you cover stuffed peppers when baking?

It’s a good idea to cover the peppers for the first half of baking if this is the method you choose. They will steam better this way and the peppers will soften.

If you love these stuffed peppers, you’ll also love… 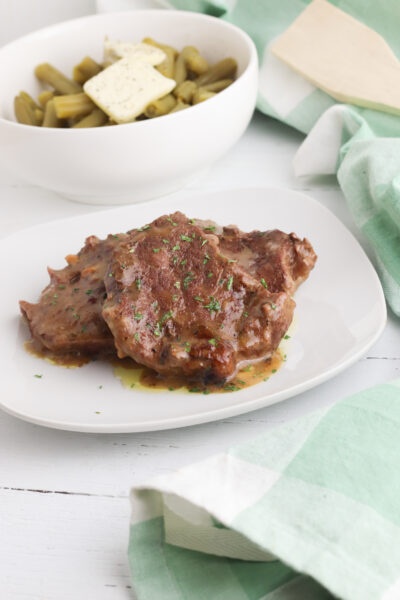 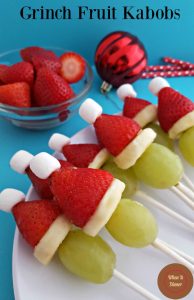 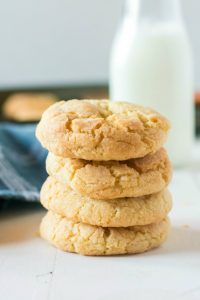 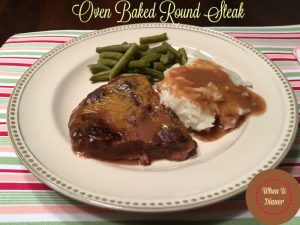 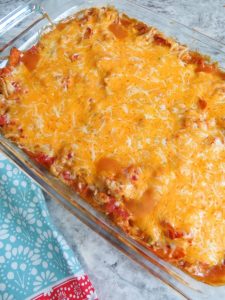